5th July 2016
For the fourth time in as many years the beautiful Royal Berkshire Shooting school was the venue for John Hall’s Birdshot Uveitis Charity Shoot day, sponsored by John F Hunt. The weather was not very early June-like but it did not prevent the 28 teams of four having tremendous fun on the 10 stands provided. Top team, winning engraved whiskey tumblers, were the Greenshield JCB’s ‘Marksmen’ Team: James Pengilley, Paul Poulter, Andy Skilton and Alex Cobb with a superb score of 437, some way ahead of their rivals. Top gun was Paragon’s Richard Estrop of the creatively named Paragon Pigeon Punishers Team, while Carol Limehouse carried away the prize for Top Lady. 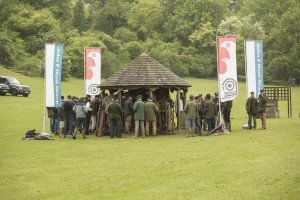 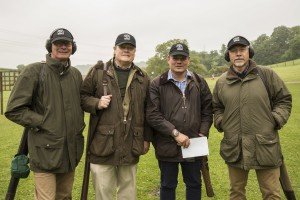 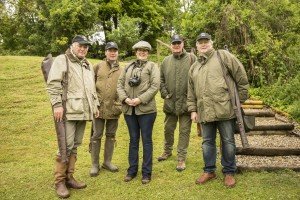 Before the auction Miles Stanford, Professor of Clinical Ophthalmology at Guy’s and St Thomas’ NHS Foundation Trust gave a brief talk about the current research being done on this rare and blinding eye condition followed by Lord Archer who did the honours as auctioneer, as usual managing to extract money from people, but leaving them with large grins on their faces. The day raised approximately £50,000 for the charity. John Hall and all those at Birdshot would like to say a huge and heartfelt thank you to everyone who contributed to the day. www.birdshot.org.uk 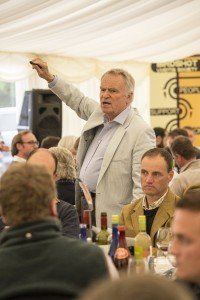 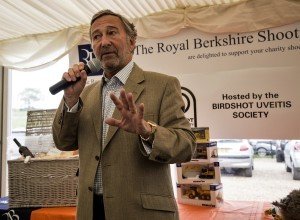