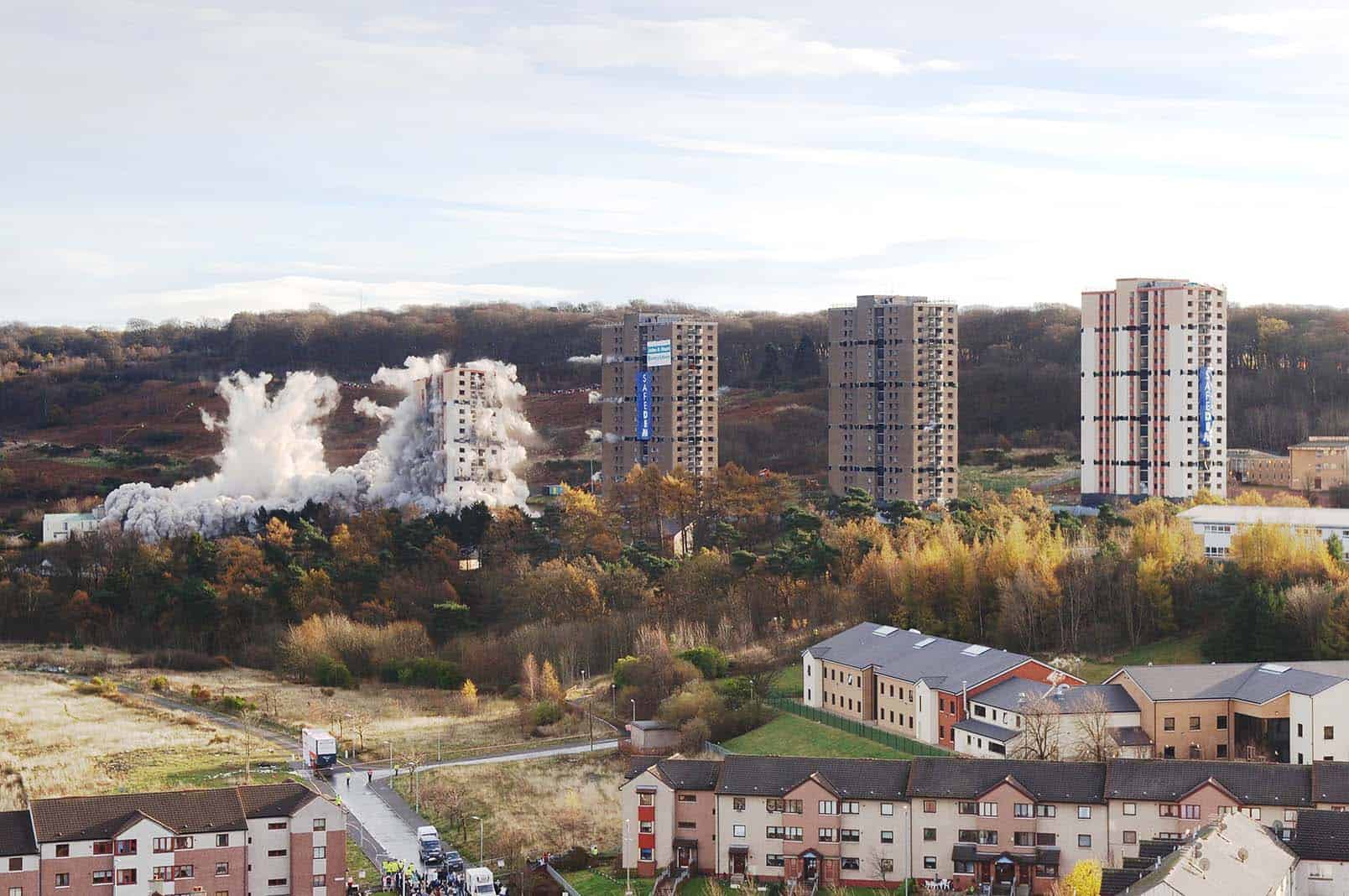 The Explosive demolition of five 19 storey structures in Castlemilk, Glasgow. These 1965 built blocks were constructed of Wimpey No-Fines concrete and consisted of approximately 12,500 tonnes each. The allotted walls were drilled by hand for the 14,000 charges, taking 5 weeks to prepare. A massive 425kg of explosive detonation cord (18,000 metres) made up the thousands of charges, with 9,700 delay detonators. After the charges were placed, the walls and columns were firstly wrapped in chain link fencing and then geotextile, which was also used to block the areas where the windows had been taken out, again, to minimise the risk of flying concrete.