With new depot openings, new people joining the team and new equipment being added to the fleet, there is more and more John F Hunt Power can offer as a temporary power supplier.

Power’s newest depot in Scotland has got off to a fantastic start. Since Mark Heaton relocated from Grays at the start of the year, he has been joined by Barry Heron & James Cunningham (Regional Sales Managers), Chris Marshall (Engineer) and Grant Philip (Driver) and the depot is already gaining a stellar reputation north of the border. In April, they received delivery of their Hiab truck and it’s been out delivering to Power’s customers ever since.

Having opened its doors in late 2017, Power’s Bristol depot continues to grow its reputation in the South West and has secured some high profile contracts in construction in recent months. With several major events already committed to, it looks like a busy summer period is on the horizon for the team in Bristol, who were joined by engineers Gary Vockins and Michael Turpin earlier in the year.

In the North East it’s been a busy few months with some new arrivals. David Rogers has moved North from Halesowen depot to take over as depot manager and has been joined by Phil Barnes (Regional Sales Manager). Their work in the Ports around the North East has increased in recent months and the team there have played a vital role in helping the Scottish depot get off the ground.

After Stuart Davies’ promotion to Regional Operations Director and David Rogers’ move up North, Halesowen depot have been joined by Craig Hubbleday as Depot Manager and Angelo Sartori and Jon Dudley both as Hire Controllers. Out in the yard, David Blewitt has been promoted to Technical Manager and Dean Woodhouse (yardman) and Joshua Homer (engineer) have come on board to support the team in its continued growth. With deliveries to major events and music festivals already under way, it promises to be an exciting summer for everyone in the Midlands.

In Grays we are pleased to welcome David Gunn back to the John F Hunt Group, having previously spent time with Hire Centres. David re-joins the company as depot manager for Power, taking over from Rocky Sivell, who has taken up the role of Regional Operations Director. Having also been joined by Stacey Miles (Hire Controller), Ben Summers (Regional Sales Manager) and some other new recruits, it has been a busy few months in Essex. 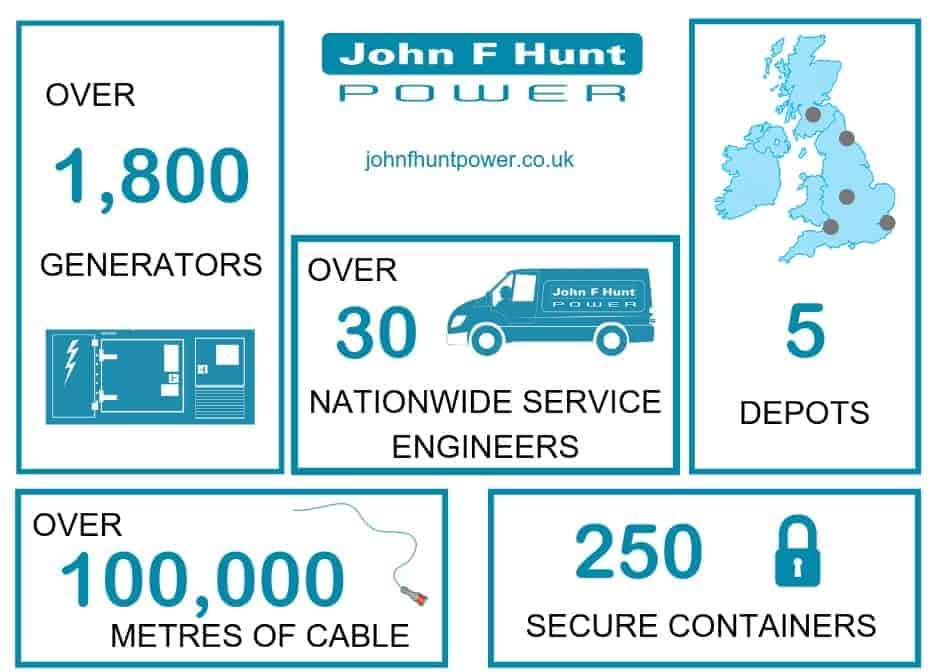