During a 100-hour possession time, traffic was diverted from Chelmsford onto the A12, so the demolition of the entire bridge and below ground structures could be carried out.

Before tree removal and embankment landscaping could be undertaken, it was not only necessary to carefully rehome a number of badgers, which involved the installation of gates and CCTV to monitor their movement for 6 months before the works began; but also to trace and accurately pinpoint uncharted UKPN supplies, before relocating the services. 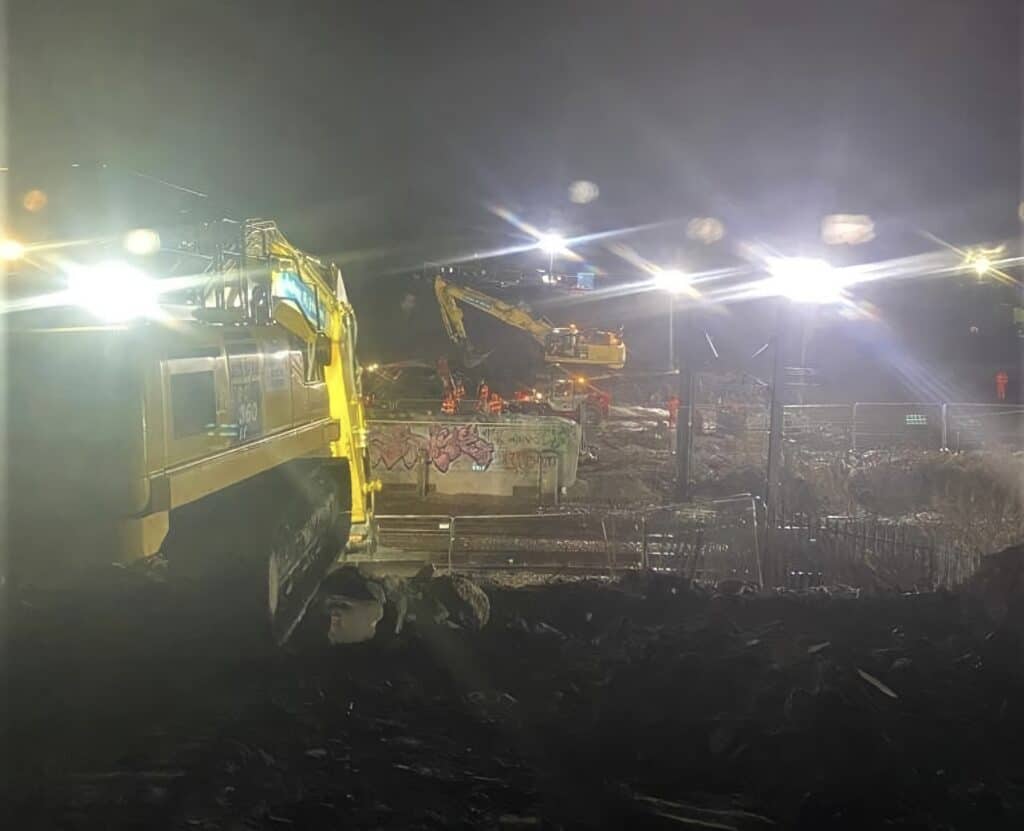 A high degree of planning and coordination was necessary due to the third-party approvals from Network Rail, Highways England, Essex Country Council, and the Emergency Services.

All works were completed within the Quantitative Schedule Risk Analysis programme agreed and carried out with no accidents or incidents.

See our NPK cracker, with its 2m jaws making short work of what is left of the concrete structure…

Well done to the clever John F Hunt Team, who were required to carry out the complex work over the Christmas period, through the night and in dreadful weather. A triple whammy, but you did it!