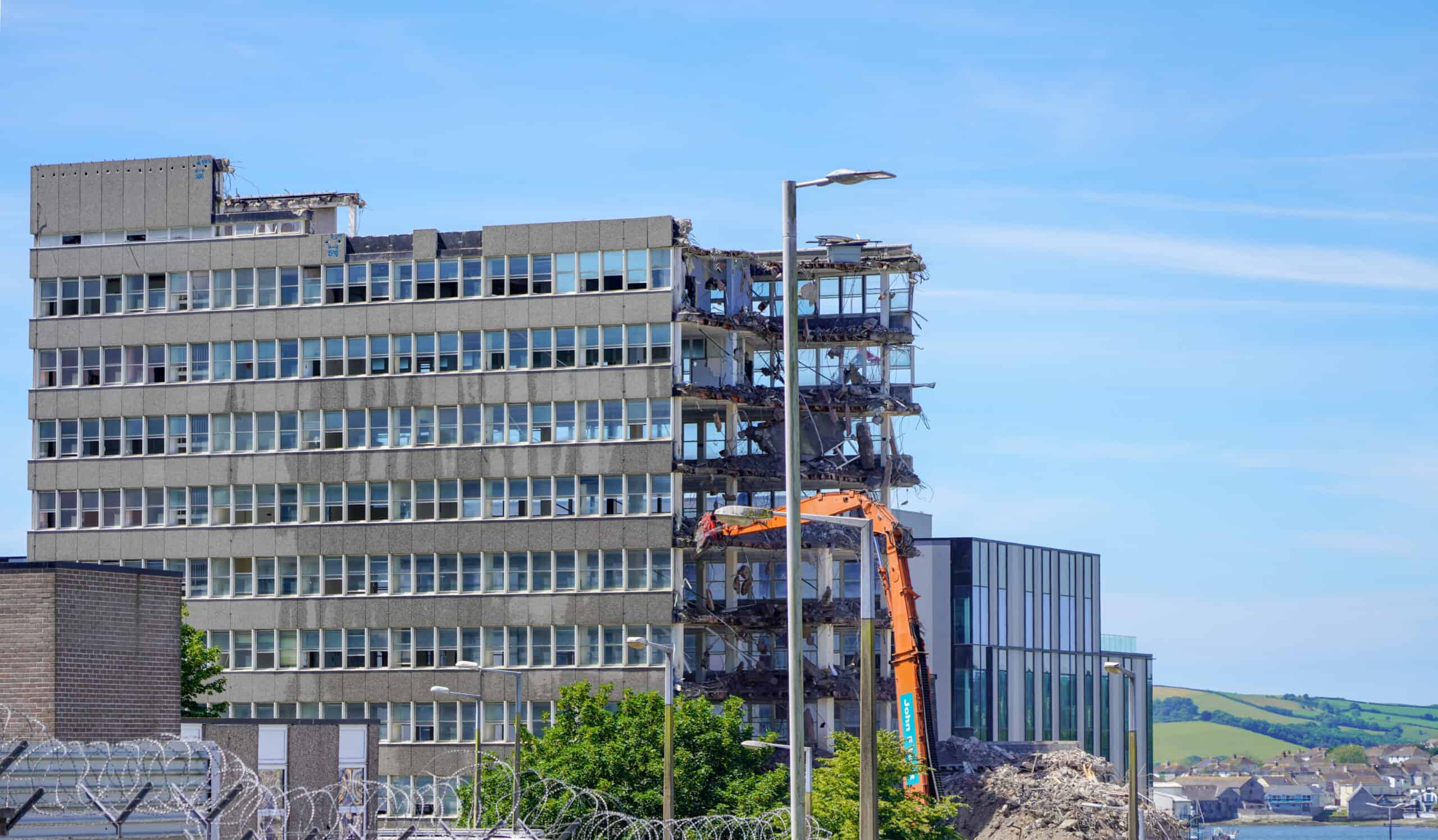 The largest naval base in Western Europe, Devonport has been supporting the Royal Navy since 1691. The vast site covers more than 650 acres and has 15 dry docks, four miles of waterfront, 25 tidal berths and five basins. The 9 storey office building, was constructed in the late sixties, with a combination of insitu concrete frame and precast concrete panels dowelled to the perimeter elevations. Asbestos removal with soft strip and full demolition was required, followed by foundation removal and full site clearance for follow on development.